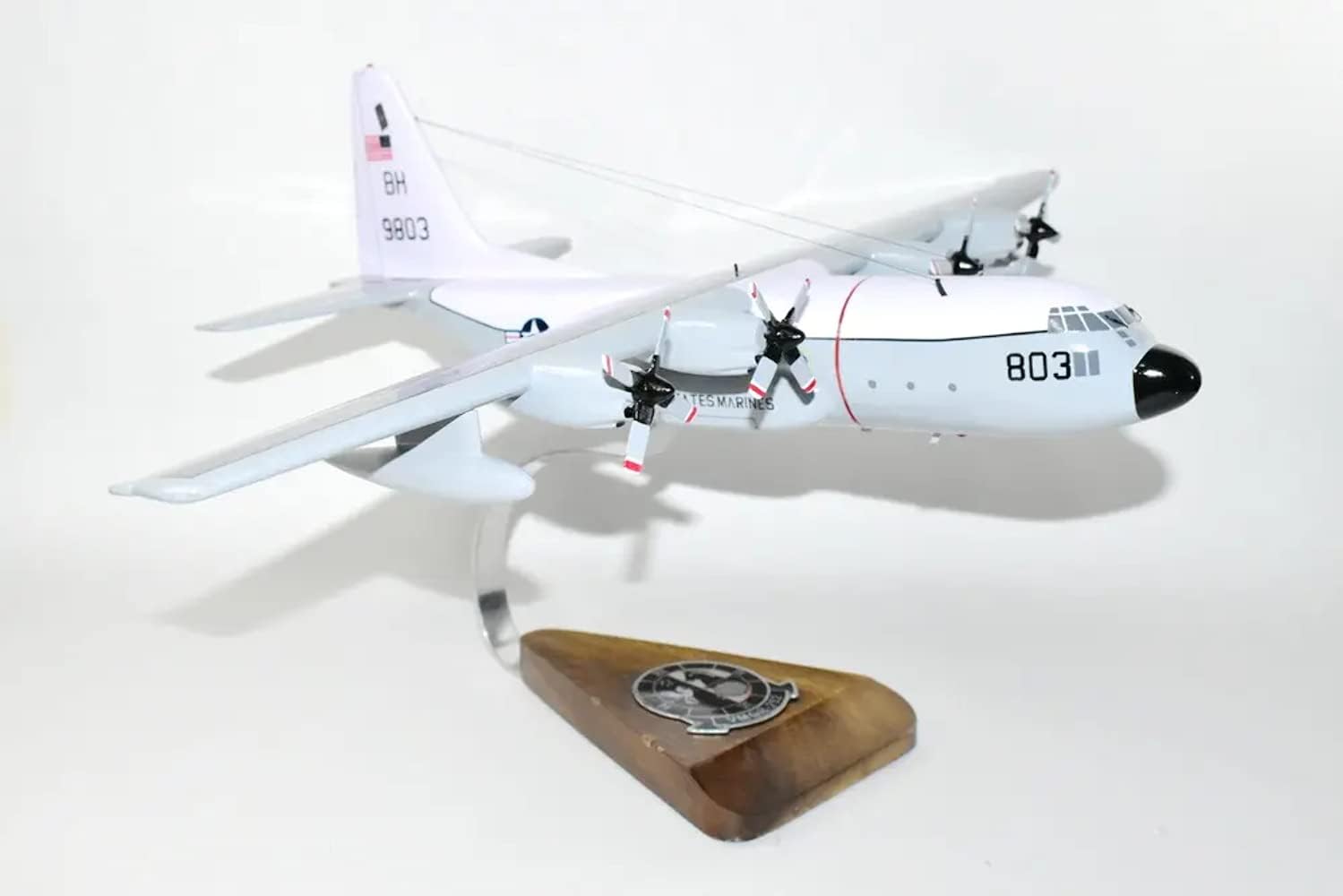 Fly with the VMGR-252 Otis in this handcrafted KC-130F Model. Each piece is carved from wood and handpainted to provide a piece you’ll love.

World War II
The squadron was heavily involved during World War II and participated in the following campaigns: Pearl Harbor, Marianas, Iwo Jima, and Okinawa. Following the war, the squadron relocated to MCAS Cherry Point and was reassigned to Marine Aircraft Group 21.

Post World War II through the 1980s
In July 1946, VMR-252 was based at MCAS Miramar as part of Marine Aircraft Group 25. They remained there until October 14, 1946 when they were moved to MCAS El Toro.[2] During October 1961, the KC-130 Hercules became the squadron’s aircraft. With the introduction of the KC-130, the squadron’s primary mission was changed to aerial refueling. On February 1, 1962, the Squadron received its present designation as Marine Aerial Refueler Transport Squadron 252 (VMGR-252). In December 1965, the KC-130 was used to refuel the CH-3 helicopter. This was the first time that a tanker drogue system was used to refuel a helicopter.

The late sixties and early seventies found VMGR-252 actively supporting U.S. Forces in the Republic of Vietnam, transporting essential equipment, parts, and personnel. VMGR-252 also supported the introduction of the AV-8A Harrier. In August 1973, VMGR-252 was involved in the development of safe and standardized aerial refueling procedures to be used with the Harrier.

Speexx is the New Normal for Corporate Training

Your one-stop-shop for transforming face to face training to digital.

Plug&Play with your existing or new learning management platform.

Stop one-size-fits-all solutions and get maximum ROI on your training budget.

Let us do the work. You stay in control.

All You Need is Speexx

Help your talent build, grow and maintain the language skills that matter in the new digital normal.

“Ultimately Speexx was an easy decision for us; we just went
with what our users wanted.”

If you are a Speexx student from Mexico just click the Login button.